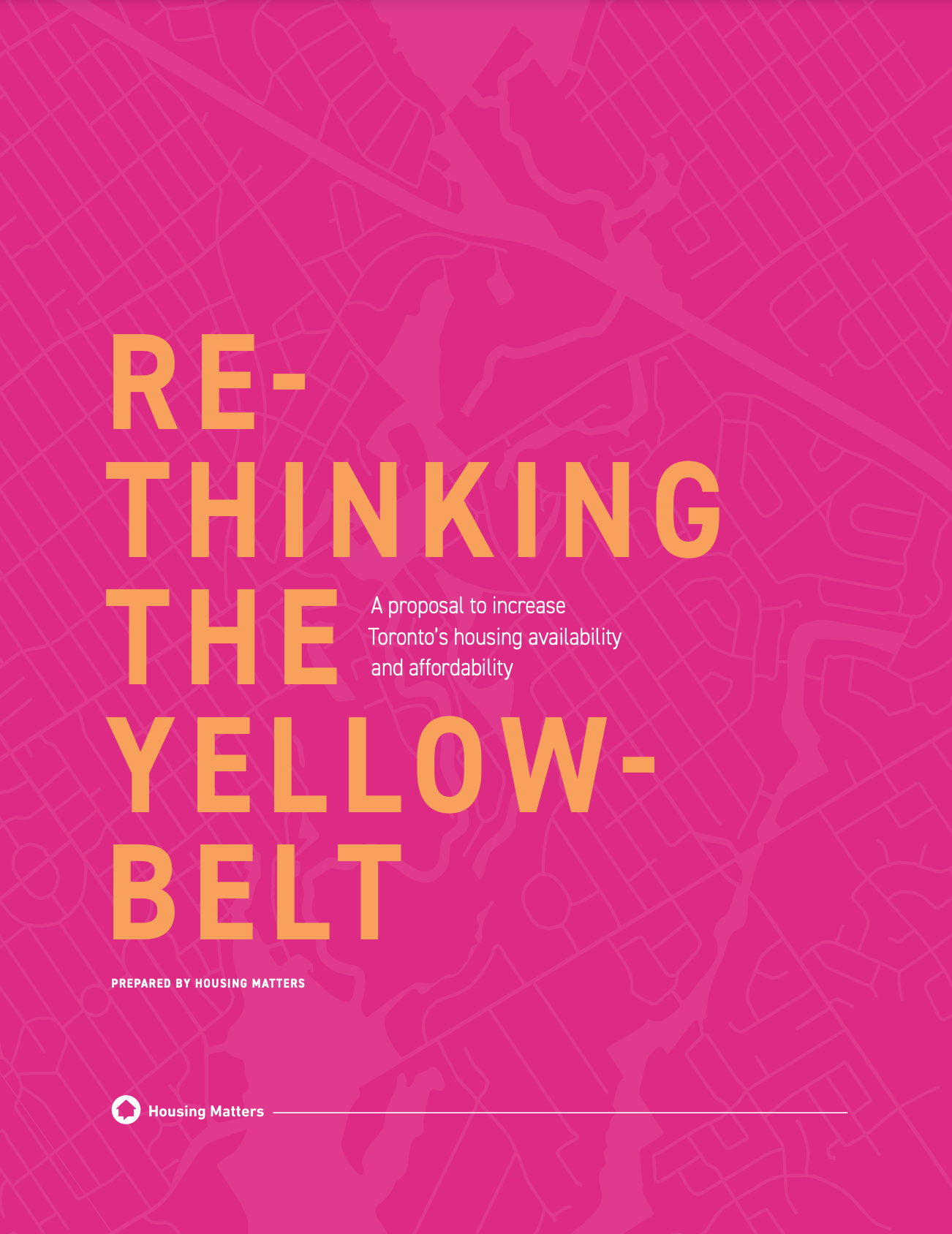 Toronto housing prices have increased by 4.8% per year between 2000 and 2019. That has translated to a total price increase of 145% over 19 years. Housing prices have risen significantly faster than both the rates of inflation and income growth.

Despite numerous attempts by the government to curb demand—by increased stress tests, taxes and regulations limiting foreign buyers, and other limits to borrowing, lending, and speculating— Toronto housing prices continue to increase.

During this same time, the population of Toronto increased by over 400,000 people. However, 39% of the landmass in Toronto has simultaneously seen a decline in population. How is this possible? We suggest it is because of Toronto’s outdated land use rules, informed by its Official Plan, which require new developments in nearly half of the city to “reflect and reinforce the existing physical character” of their neighbourhood.

As this area is coloured yellow in the land use planning maps, it has come to be known as the Yellowbelt. Of the Yellowbelt, two-thirds is zoned specifically for detached homes. That works out to 32% of the entire landmass of Toronto—including parks, rivers, and industrial areas—being zoned exclusively for detached homes. Not only does the Yellowbelt limit the growth of the city, but it also slows it down significantly: the backlog in the permitting offices and courts mean that developers, big and small, can expect bureaucratic delays lasting several years.

The problem, then, is a government restriction on supply. Real housing affordability means that the market provides options for anybody who wants to move to Toronto. We can easily affect this by letting more people build more homes.