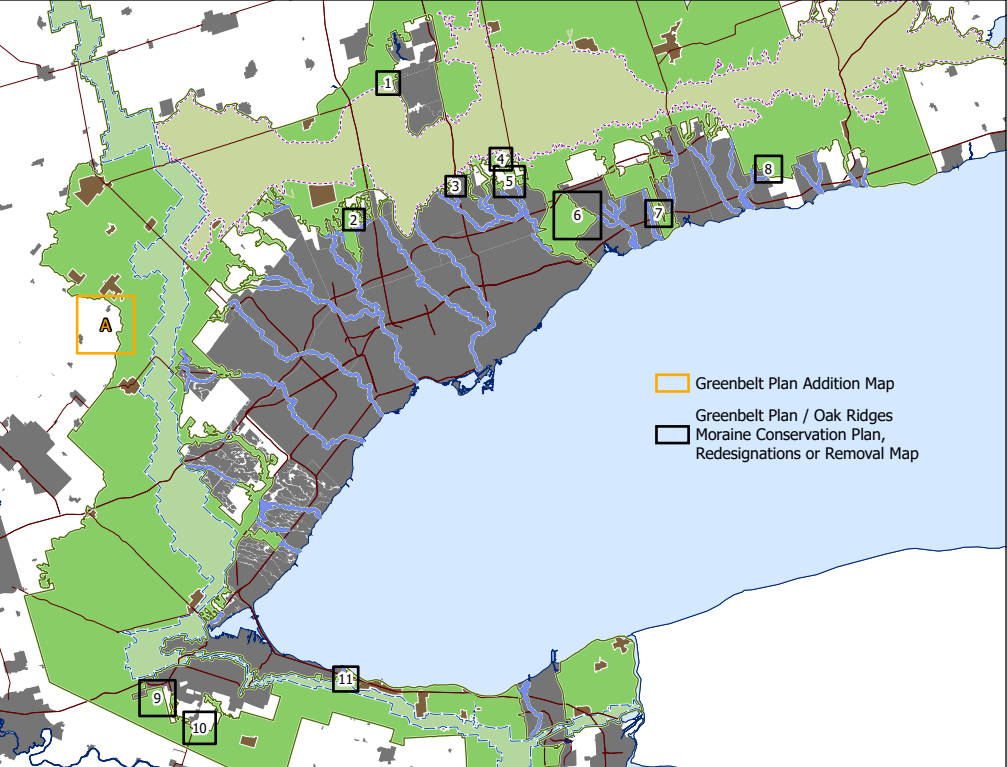 Press Release - Will We Ever Stop Paving Paradise to Put up a Parking Lot?

TORONTO - Today, the provincial government announced that 7,400 acres of the Greenbelt would be opened up for the development of some 50,000 homes.  This marks the first time since the formation of the Greenbelt in 2005 that it has been opened to development.

“50,000 homes is a drop in the bucket compared to the magnitude of housing demand we are facing,” Pirawin Namasivayam highlighted, “If the greenbelt is to be opened to development, it should be accompanied by a much more ambitious plan that would meaningfully impact affordability in the GTA.”

“This measure would mean less housing supply  in the places where it is desperately needed - not more.”, noted Bilal Akhtar, “The last thing we need is to squander the labor, materials, and equipment that we need to add compact family homes in existing built up areas and settlement areas - and especially in Toronto - on greenfield sprawl in northern York Region and Northeast Pickering.”

“Our prior history of sprawl shows it to have detrimental environmental, social and economic impacts.”, said Akhtar, “Of course there’s the environmental cost of losing 7,400 acres of prime farmland but there’s also the social cost of folks living far from work, school, family and friends and the economic cost of maintaining hundreds kilometres of pipes, wires and roads”

“Should we build over valuable farmland, it must be a transit-oriented development”, noted Eddy Ionescu, “we should be building sustainable communities like the one around Mount Pleasant GO. It’s a perfect example of a mixed-use, mixed-density community that includes several mid rise buildings as well as a purpose built rental tower”.

“Plus”, continued Ionescu, “Residents can walk to rapid transit from day one. Mount Pleasant, along with plans like ‘The Orbit’ in Innisfil and a proposed community near the future Courtice GO station show how transit combined with density can form a community able to house many people without many of the downsides associated with sprawl such as traffic and car dependency”.

“Whether these new communities will more closely resemble Mount Pleasant or instead King City, remains to be seen”, said Haadhi Faizal, “Still, it’s disappointing to see the province spend its political capital on something that will not be a long term fix to the housing crisis. The only long-term fix would be to secure the planning reforms that would enable us to build more homes in the places where they want to live. The neighbourhoods where they have friends and family, where they grew up: the places they actually call home”

More Neighbours Toronto is a volunteer-only organization of housing advocates that believe in building more multi-family homes of all kinds for those who dream of building their lives in Toronto. We advocate for reforms to increase our city’s ability to build more homes in every neighbourhood. We are a big-tent organisation with members across the political spectrum who are nevertheless committed to counterbalancing the anti-housing agenda that dominates Toronto's politics, created an affordability crisis, and has cost burdened a new generation of aspiring residents. We are firmly committed to the principle that housing is a human right and believe Toronto should be inclusive and welcoming to all.