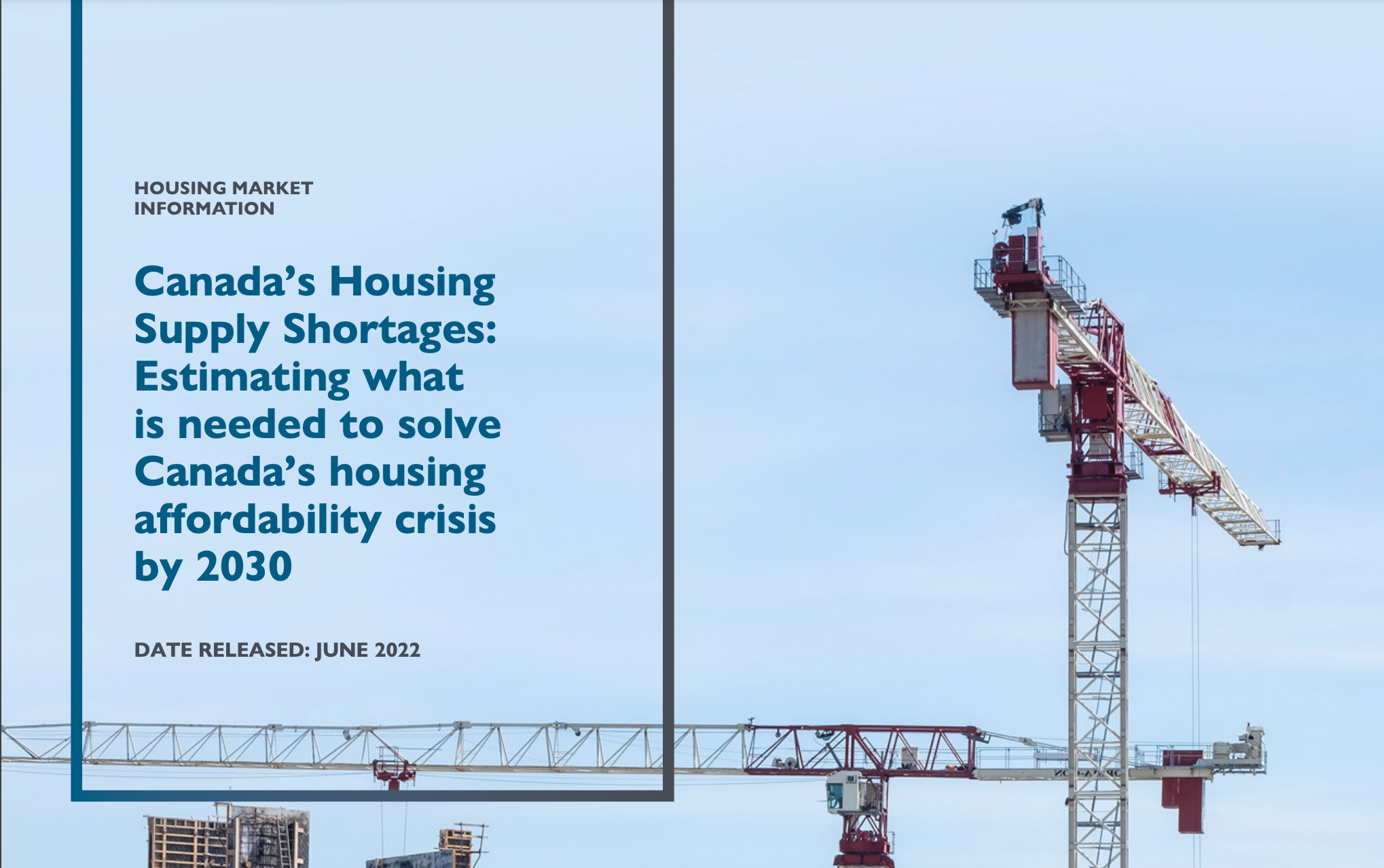 Press Release - The CMHC’s “Housing Supply Shortages” Report Makes It Clear: It’s Time For Doug Ford To “Get It Done” On Housing.

TORONTO - Today, the CMHC released an alarming report that quantifies the urgency of our housing crisis. It suggests that Ontario needs to build 1.85 million homes over current projections (0.75M units) by 2030, representing a need for 2.6M new homes in total based on data in the report. This is substantially greater than the 1.5 million total home target over 10 years set by Ontario's Housing Affordability Task Force (HATF), and therefore higher than the rhetorical commitment by every major political party in the past provincial election.

"The CMHC's report confirms that housing construction is not keeping up with Ontario's population and that a massive increase in housing construction is required for widespread housing affordability in Ontario.” said Eric Lombardi, an advocate with More Neighbours Toronto. “It’s time to ignore local peddlers of the anti-housing agenda and secure significant provincial reforms immediately.”

The CMHC estimates that housing units per-person will decrease over the next decade, worsening Ontario's housing crisis. Meanwhile, municipalities across Ontario continuously fail to do right on housing, and when given the opportunity, do the bare minimum. It’s clear that business as usual urban planning will only lead to a worsening long term housing shortage.

Earlier this year, the HATF laid out recommendations to increase the supply of homes in Ontario through provincial reform to end exclusionary zoning, building near transit, and speed up housing approvals. Steve Clark, Housing Minister at the time, punted on meaningful action, saying that municipalities were not ready for such bold reforms.

“It's clear that the HATF's reforms cannot be delayed or left to the whims of municipal politicians who deny the housing shortage and fight change with fake rhetorical tributes to the concepts of housing justice," said Julia Gregoire, another More Neighbours Toronto advocate.

Provincial reforms to make building market-rate homes easier are an absolute necessity, but not sufficient on their own. The CMHC report highlights that the federal Housing Accelerator Fund’s direct funding for 100,000 affordable housing units falls far short of meeting forecasted demand. We need more public housing and more market-rate housing as neither is enough on its own.

“Both the Ontario NDP and Ontario Liberals promised higher targets for affordable housing unit completions than the PCs primarily by supporting the creation of a provincial public housing builder to streamline efforts and save costs.” said Bilal Akhtar, a volunteer with More Neighbours Toronto. “The PCs would be wise to borrow these ideas in addition to adopting recommendations by the HATF.”

Premier Doug Ford has announced that the Ontario legislature will sit in the summer. There will be no better time for a more ambitious housing bill.

More Neighbours Toronto is a volunteer-only organisation of housing advocates that believe in building more multi-family homes of all kinds for those who dream of building their lives in Toronto. We advocate for reforms to increase our city’s ability to build more homes in every neighbourhood. We are a big-tent organisation with members across the political spectrum who are nevertheless committed to counterbalancing the anti-housing agenda that dominates Toronto's politics, created an affordability crisis, and has cost burdened a new generation of aspiring residents. We are firmly committed to the principle that housing is a human right and believe Toronto should be inclusive and welcoming to all.